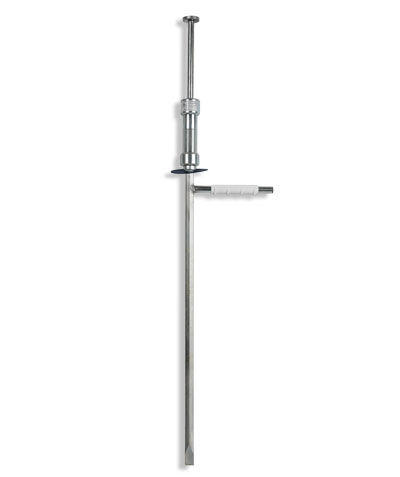 Practical and versatile percussive tool designed to facilitate the opening of manhole covers blocked by rust, ice, stones, asphalt, temperature expansion and inactivity.
The wedge penetration effect of the tip, between the frame and the cover, creates a strong lateral pushing force that splits easily the incrustations formed by sediments that block the opening, just a couple blows and the separation/detachment is done, fast, powerful and safe. MZ120 offers ergonomic “Standing Up” operations (no more need to get on the ground on your knees to beat the cover with hammers like it can usually be seen, this is an uncomfortable/unsafe operation with possible chippings and splinters that can strike the worker face), the tapered tip is in hardened steel and it is the same used on pneumatic demolition breakers. MAXIMUM VERSATILITY - Other uses of the tool are: SCRAPER to strongly eliminate the hard layer of dirt that remains in the lower surface between the cover and frame to clean up and re obtain a plain contact surface. CUTTER to easily cut the asphalt layer that often cover the edge and reopen the contact line between the manhole cover and the frame to allow lifting LEVER to release the latch that blocks the round hinged covers and then to leverage for lifting like a pickaxe MZ120 is a modern accessory that simplifies a seemingly simple operation like lifting a manhole cover, its use is ideal in combination with the magnetic cover lifters CL10 - CL11 - PM500 and the other lifting tools.
LIFE TIME WARRANTY 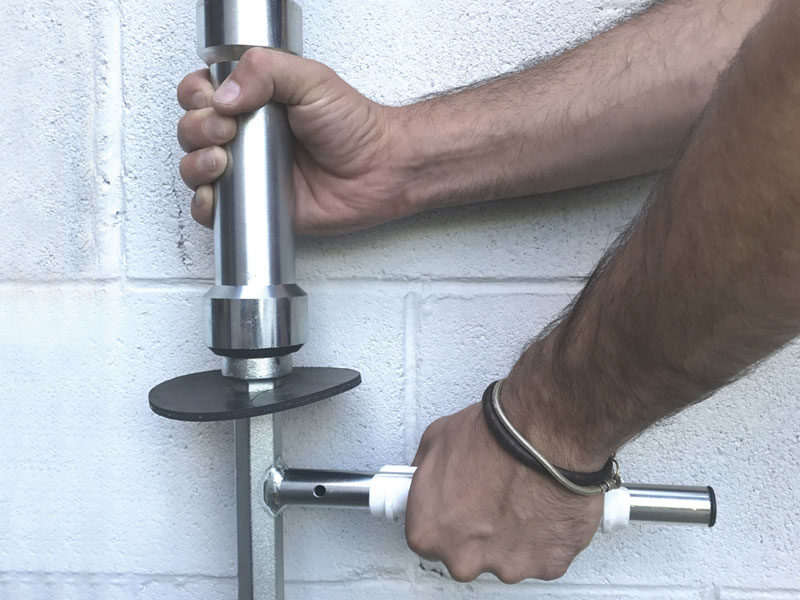 Safety pin when hammer is not ih use. 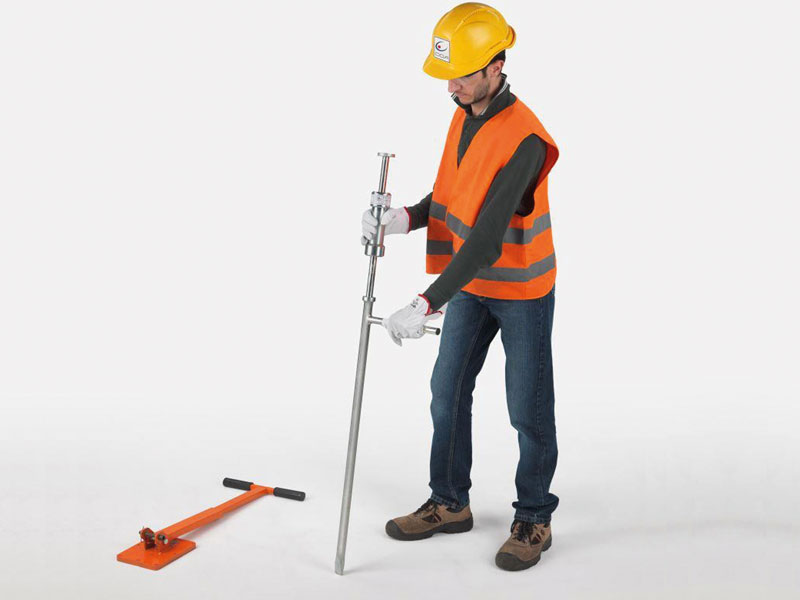 The ergonomics of the MZ120 allows the use of the tool in standing up position and its conical tip made in tempered steel guarantees durability and robustness. 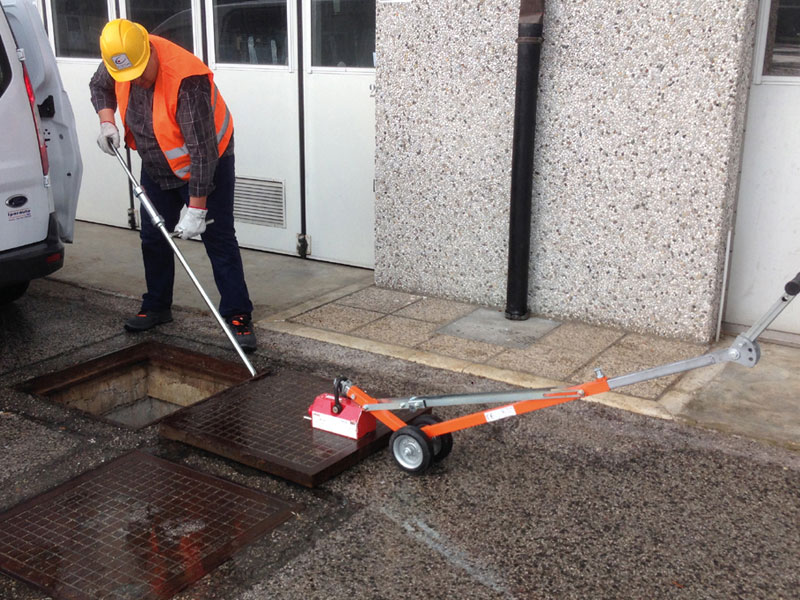 MZ120 particular shape allows you to unlock the safety look of the lids and, subsequently, to be used as a lifting lever. 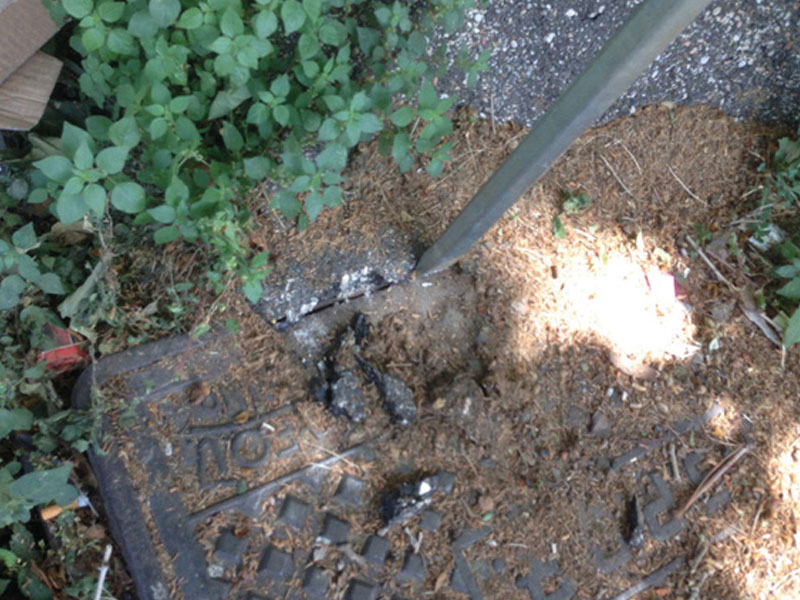 Useful for cutting layers of asphalt and concrete, cleaning and peeling dirt, which often cover the surface and the frame of the lid. 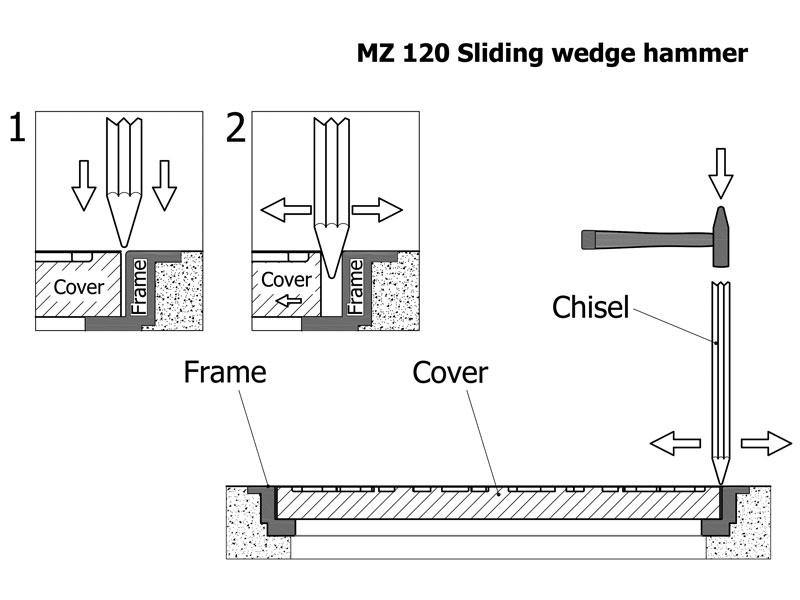